There is another sky

There is another sky,
Ever serene and fair,
And there is another sunshine,
Though it be darkness there;
Never mind faded forests, Austin,
Never mind silent fields –
Here is a little forest,
Whose leaf is ever green;
Here is a brighter garden,
Where not a frost has been;
In its unfading flowers
I hear the bright bee hum:
Prithee, my brother,
Into my garden come!

I’ve been so lucky to be able to test out the new HTC flagship HTC One.
I have it in my hands at this writing moment and I can’t wait to really be able to test its abilities 🙂
I will keep you guys updated!

June has come and passed and better later than never, here are my most used apps of June 🙂

We’ve been waiting for the sequel to Despicable Me for a while now and Gameloft gave us a little tease with the game Minion Rush. It has a lot of resemblance to Subway Surfer, but I actually think this game was a lot more fun.

I love languages and the power of words. That’s why I’ve always wanted to learn as many languages as I can. I tried to learn French in school, but the teachers weren’t very good so I’m giving it a new go with the help of Duolingo. It’s a fun and easy way to learn the basics of a new language.

As I’ve shown you guys more than once, I’m a sucker for anything Polaroid! So when I saw the Polaroid app on Google Play I just had to give it a go!

When I got this app I actually started to wish that either Simon or I talked in our sleep 😛 Not so exciting to listen to recordings of caughing and turning. But I could definitely see a connection to when the app told me I had little deep sleep and how I felt during the day afterwards.

Sleep as Android lets you keep track of your sleeping and it works as an alarm and wakes you up when you’re out of your deepest sleep. 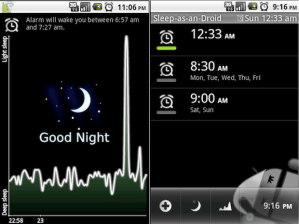 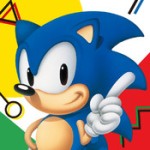 Nostalgia!!! I used to play Sonic a lot when I was younger, and to be able to walk around with a big dose of nostalgia in my pocket is absolutely awesome!!

Travel back in time by the touch of a finger 🙂

There you have it! My top 5 and most used apps of Junes!