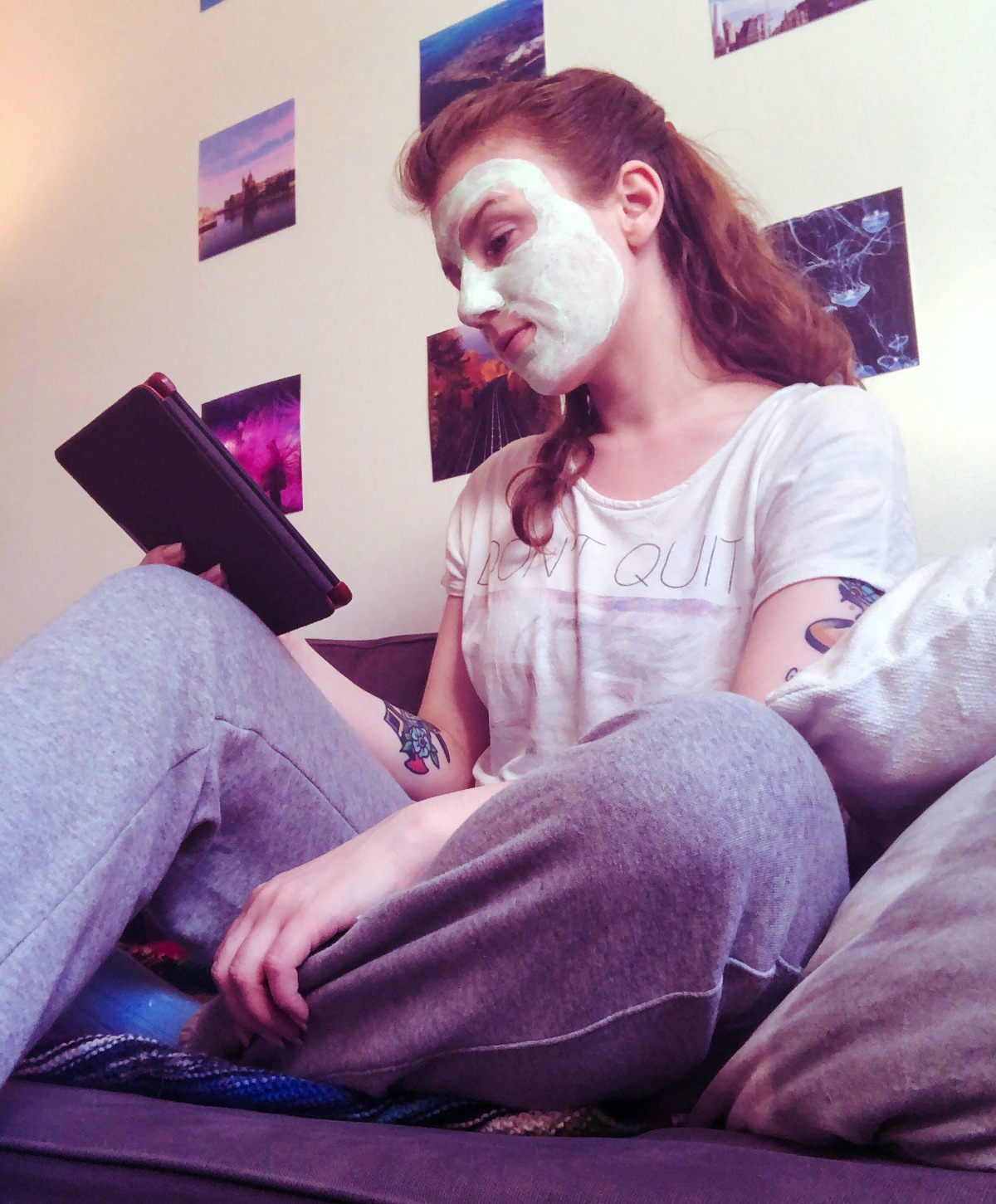 I’m pretty sure that all of us bookworms have certain books that shape us as readers, both as kids and later on in our adult lives as well. We change, our preferences too, and sometimes a book can surprise us into a whole new genre we never even considered being our thing.

I thought I would share some of the books that has shaped me as a reader over the years.

The Diary of a Young Girl by Anne Frank

My dad was the one that introduced me to Anne Frank. I was about 8 years old and I already knew quite a bit about World War II as my fathers side of the family has Jewish heritage, and actually had to get away from the Nazis by moving to Sweden at that time. So the interest in WWII came at a pretty early age for me, and The Diary of a Young Girl definitely shaped my reading a lot. It was where I truly discovered how horrific, but also interesting and fascinating that time of history was, and still is. I’m still a WWII fanatic, just like my dad. I love reading non-fiction and historical fiction, and the well-written ones (especially those who are based on true stories) always breaks my heart and fill my eyes with tears. Reading Anne Frank’s diary was also what made me start journaling back in the days, which is something that I still do.

I think every kid should read this book. It’s so important and captivating. My dad also took me to Anne Frank’s house later on, which was a really interesting but also intense experience. If I remember correctly, I believe my dad has told me that I didn’t speak for a good while after we got out of there, and it is something I will never forget. I also would highly recommend going there if you ever get the chance to.

Bag of Bones by Stephen King

Bag of Bones is not my favorite King novel, but it was my very first. I remember browsing one of my local bookstores as a teenager and coming across this particular book. I can’t remember exactly what it was about Bag of Bones that compelled me to buy it, but buy it I did, and it has been quite the journey ever since.

I remember bringing it with me on a family vacation (but can’t for the life of me remember where we went), and was so captivated by this story that I was unable at times to put it down. It’s one of those stories that just made such a lasting impression on me that I actually remember quite a lot of what happened even though it has been years, and I’m pretty sure I would be surprised to find out how much I’ve probably forgotten if I tried re-reading it today (which is something I’m considering doing).

Let’s call it love at first sight, and King’s writing and I have been in a happy relationship (for the most part) for many years now, and it will continue to be that way for two reasons.

1 – The man has written so many books that I hardly doubt I will get through them all.

2 – It’s first book love, and that lasts a lifetime. Everybody knows that, right?!

Did you just roll your eyes at the screen?! Well, if you did, I don’t blame you. Twilight is not great. It’s not even really good, but never the less, it is a book that played a pretty big role in my reading life. At the age of about 20, I found myself not having really read much in a few years. I don’t know what started that massive reading slump, but I do know that the easy entertainment that Twilight offered was what got me back into reading, and with a whole new love of fantasy and paranormal fiction. And because of that, I got to discover so many great books! So, even though I fully agree with the eye roll (and I have tried re-reading it some years later and wish that I hadn’t) it still deserves a spot on this list, and it will always hold a special place in this book lover heart of mine.

These three books are not my top three of all time, but they are all very special to me. If I hadn’t crossed paths with them, I probably would’ve had a very different reading journey than I’ve had so far.

Do you have a book that defined you more as a reader than any other? I would love to hear about it💛 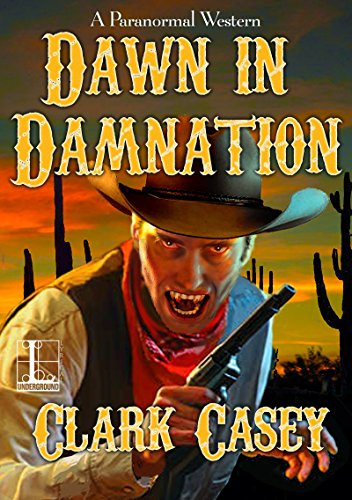 I read a paperback version of Dawn in Damnation that was sent to me by the author in exchange for an honest review.

Blurb by the Publisher:

Welcome To Damnation . . .where every living soul is as dead as a doornail. Except one.

Buddy Baker is a dead man. Literally. After gunning down more men than Billy the Kid and being hung by a rope necktie for his crimes-the jolly, fast-drawing fugitive reckoned he’d earned himself a nonstop ticket to hell. Instead, he finds himself in Damnation: a gun-slinging ghost town located somewhere between heaven and hell.

There are no laws in Damnation. Only two simple rules: If you get shot, you go directly to hell. If you stay alive without shooting anyone for one year, you just might get into heaven.

Hardened outlaws pass the time in the saloon playing poker and wagering on who will get sent to hell next while trying not to anger the town’s reclusive vampire or the quarrelsome werewolves. Buddy winds up in everyone’s crosshairs after swearing to protect a pretty gal who arrives in Damnation pregnant. Her child might end up a warm-blooded meal for the supernatural residents, or it could be a demon spawn on a mission to destroy them all.

When Clark contacted me about his book, and I got to read about it, I was immediately intrigued! I love horror, paranormal and western, and this one promised to have it all packed into one. And after I fell in love with The Dark Tower series by Stephen King some years ago, I’ve been craving something along the same line.

The blurb had so much going on that I thought it couldn’t be possible to pack all of that into such a short book! But I was wrong!

I flew through Dawn in Damnation and I loved the western setting of it all. How there are characters like vampires and werewolves but in a unique and interesting way.

The world that Clark Casey has created grabbed me at the very beginning and I got completely lost in it! It’s so dark and mysterious. The characters are filled with depth and interesting back stories. I’m also a sucker for some dark humor, and Dawn in Damnation definitely delivered that.

That being said, because it’s such a short and quick read, I don’t want to say much more about the story so that I don’t spoil anything. Just let it grab you and take you for a ride!

I can’t wait to continue on with this series and see where it goes!

Thank you, Clark, for sending this book my way! I absolutely loved it!

Do you want to make up your own opinion about the book?

Click on the Book Depository or Amazon logo below to go and get your own copy!

I listened to Fellside on Audible 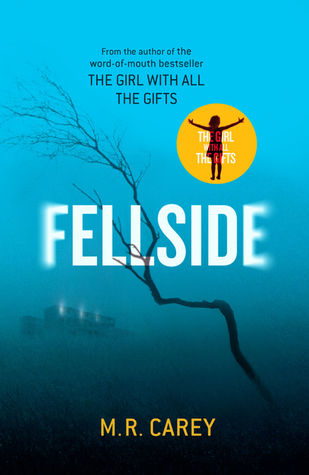 Jess Moulson is convicted of murder. But it’s a murder she can’t remember committing. Nothing is quite clear from the drug-fuelled night when a blaze set in Jess’ apartment killed the little boy upstairs. But when the media brands her a child killer, she starts to believe it herself.

Now she’s on her way to Fellside, the biggest, most formidable women’s prison in Europe, standing in the bleak Yorkshire moors.

But Jess won’t be alone in her prison cell. Lurking in the shadows is an unexpected visitor…the ghost of the 10-year-old boy she killed. He says he needs her help – and he won’t take no for an answer.

Back in 2015 I read The Girl with All the Gifts by M.R. Carey and I fell in love with the story and the writing style. So when I heard about Fellside coming out, I knew I had to pick that up as well. And even though I had it on my radar way before it was actually published, it took me way longer to get to it than planned. Better late than never, right?

Going into this novel I wasn’t really sure what to expect. It’s listed as a thriller, but the synopsis mentioned the ghost of a boy, so the appearance of something paranormal was very likely. Just the way I like it!

The writing style of Fellside was every bit as good as The Girl with All the Gifts. It’s a completely different kind of story, but the way that M.R. Carey gives insight into the minds of his characters really makes them come alive. And even though there were quite a lot of characters throughout the story, I never found myself confused as it shifted between them.

One of the things that I thought was brilliant about this story, was the fact that there were no saints here. This is a story set in a prison, and even though you have characters you like and ones that you’ll find outright horrendous, none of them are completely innocent. All the drama and corruption inside the Fellside prison adds another layer of depth to the story.

Jess was a character it took me a while to really feel connected to, but once the reader gets under her skin, she’s quite an interesting character indeed.

I thought the paranormal elements in Fellside were executed very well and made it easy to visualise what was going on. It’s not just a paranormal thriller, there’s  a bit of mystery in there as well!

Fellside held quite a steady pace for most of the story, and after a while it really did escalate. The ending as well was very satisfying and not what I expected.

A really enjoyable read, and I can’t wait to see what M.R. Carey comes up with next!

Do you want to make up your own opinion about the book? Click on the Bookdepository or Amazon logo below to go and get your own copy!

**If you buy via my affiliate links, I get a small commission**